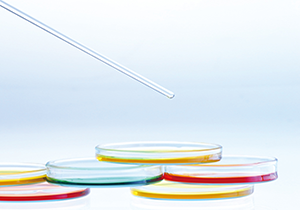 The PCR instrument is an instrument that is used frequently and for a very high time in the laboratory, so the failure rate is also relatively high. The faults of the thermal cycler mainly include the following categories:

There are roughly three types of temperature sensors used in PCR machines, namely thermal resistance type, thermocouple type and semiconductor type. Thermal resistance type and thermocouple type are used more and have a lower failure rate. The failure rate is higher when used in the instrument (of course it has other advantages). Some PCR machines will report sensor failures. In fact, the sensor, sensor-related wiring and sensor signal processing circuit failures are all possible.

3. The control board is faulty

The control board is the command center of the PCR instrument, and it is more susceptible to failures caused by external factors, such as excessive dust causing excessive temperature of the control board, excessive humidity causing short circuits, crosstalk (from the power cord), and electromagnetic radiation (Wireless) interference, etc. Imported PCR machines generally have a low failure rate in developed countries such as Europe and the United States, but a high failure rate in China. The main reason is that the dusty laboratory environment in the north of China and the high humidity in the south are not considered.

Among them, the first three types of failures, namely, the maintenance of refrigeration semiconductors, temperature sensors, and control board failures will affect the temperature performance of the PCR instrument. It is necessary to use a special multi-temperature probe thermometer and supporting software for temperature measurement and temperature calibration. The manufacturer completes. I will elaborate on it later.